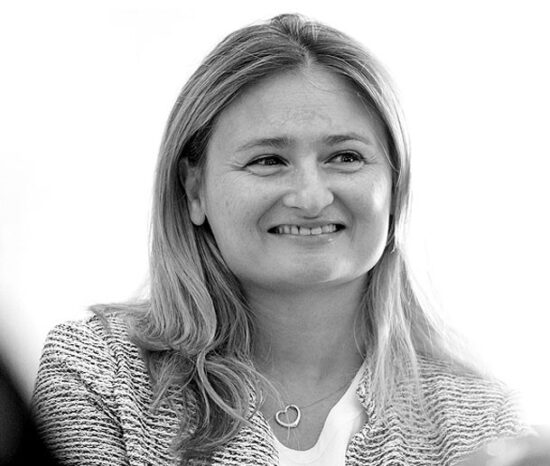 Valentina Gizzi currently manages a global business with DuPont Nutrition & Health division, she owns the P&L and the long term growth strategy of a strategic food ingredient. Her working experience spans over 15 years, in roles of increasing responsibility in R&D, Marketing & Sales and General Management.

She has always been passionate about diversity and inclusion and she founded and formed the vision and mission of the DuPont Gender Balanced Initiative in 2010; she was elected Diversity & Inclusion Champion in 2011.

She joined the Career Women’s Forum shortly after her move to Geneva in 2011 and actively participated in the Forum; being elected president in 2015. Originally from Rome, she holds a Master in Science with honors in Chemical Engineering and an Executive MBA degree. She has lived in the UK, Belgium and Switzerland and speaks 7 languages.

Who is Valentina in three words?

What would you do differently if you could travel back in time?

I have always been very passionate about languages, curious about other people and cultures and I would have liked to become an interpreter and translator.

What advice do you give to a new generation of women entering the job market?

Sometimes being less impatient, and I am improving as I get older.

Do you have a particular skill?

What is your perception about the benefits of networking?

Networking is giving. I am immensely satisfied when I am able to support someone to solve a problem and to open doors, connecting him/her with the right person.

Which book should we read?

“Grit, The power of passion and perseverance” by Angela Duckworth, 2017. The author gives scientific evidence that outstanding achievement is the result of persistence more than talent. In other words, if we are dedicated and we train hard enough, we can achieve everything we aim for.

What do you suggest to change and or improve at the CWF?

I would encourage all the members to volunteer for new projects or engage in the committee. The CWF is all of us!

What are the opportunities and challenges for the CWF?

Build on its great aura and continue to innovate in order to support the next generation of women in the 3.0 and 4.0 world, and beyond, to advance

Thank you CWF! I met so many exceptional women and great friends and together we are stronger