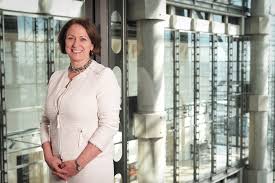 Modernising tradition: A journey of technological and cultural change

Lloyds of London: this great, British and global institution has its roots in marine insurance and was founded by one Edward Lloyd in London’s Tower Street in about 1686.

Fast forward to today and there are about 85 syndicates managed by some 56 managing agencies that collectively write over £30 billion of gross premiums on risks placed by 287 approved brokers. Half the premiums come out of North America and about 30 per cent from Europe.

However, history and numbers are only part of the story. Dame Inga Beale, Lloyds first woman CEO in the insurance market’s 328 year history, will tell us her personal story of changes – cultural and technological – which were necessary to bring this great institution into the truly modern age.

Dame Inga’s illustrious career includes such prominent names as the Prudential, General Electric (insurance division), Converium, where she led its successful turnaround, and the Zurich Insurance Group. She has been a Councillor of the British-Swiss Chamber of Commerce.

In 2017, she was appointed Dame Commander of the Order of the British Empire (DBE) for services to the economy.

This event is organised by the BSCC, British Swiss Chamber of Commerce.

Only members can register through this website. Non-members need to register directly with BSCC